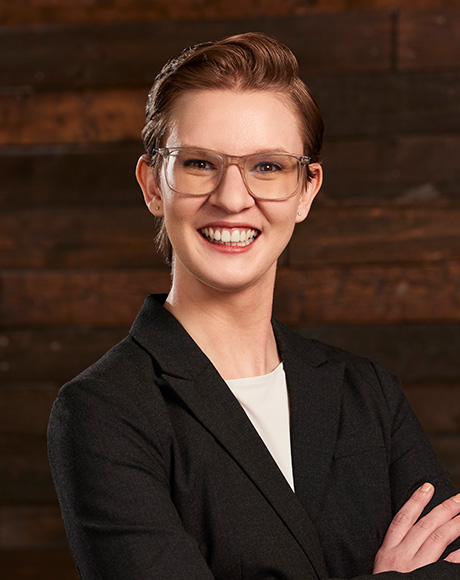 As a former insurance defense attorney, Blaire experienced first-hand the full extent of what insurance companies will do to avoid paying claims. Now, Blaire uses that insider understanding of the insurance defense industry to fight for their clients and promote justice in the face of the corporations.

Blaire obtained their J.D. from the University of Colorado in 2020 and graduated with the distinction Order of Barristers. Shortly after graduation, Blaire started working as an insurance defense attorney at a national-level law firm. But after witnessing the lengths insurance companies would go through to avoid paying legitimate claims, Blaire realized that they couldn’t spend their life nickel-and-diming injured people. Blaire left their job in the insurance defense industry to speak for those who have no voice, and fight for justice on behalf of those being harmed. Now, Blaire is proud to say that they work at Dormer Harpring as an advocate for people, not corporations.

As a Coloradan, Blaire enjoys running, hiking, skiing, and visiting Colorado’s many breweries. In their free time, Blaire loves playing tennis with their husband, cheering for the Colorado Rapids soccer team, and going to see as many Grateful Dead cover bands as they can find.