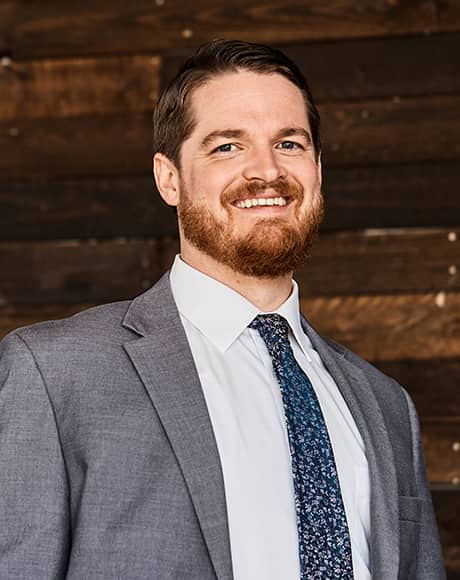 K.C. has always had a desire to do meaningful work that improves the day-to-day lives of real people, as opposed to aiding the bottom line of some large, faceless company.

K.C. went to law school in the aftermath of the 2008 financial crisis without being completely sure where he would end up. K.C. first tried out the life of a corporate lawyer. But after spending two years learning about antitrust, corporate mergers and acquisitions, public-private partnerships, and general business law in Chicago and Spain, K.C. was turned off. In his final year of law school, he signed up for DePaul’s Poverty Law clinic, Trial Advocacy Course, and a Litigation Laboratory. That year, he found his calling and learned the tools to pursue it.

K.C.’s final “project” in the Poverty Law clinic allowed him to help a single mother who had been wrongfully evicted from her home. During his review of the case, it became obvious to K.C. that his client and her children had been rendered homeless due to a simple clerical error by a busy bureaucrat. K.C. thought the case would be as simple as that for the other side too. It was not. The bureaucrat responsible for the error refused to change her stance, even when confronted with the evidence. The judge agreed with K.C. and his client, and thankfully this single mom and her family were able to regain the shelter they needed to survive. After the hearing, K.C.’s client broke down crying and hugged K.C. The feeling K.C. got by helping that client – of being a voice for an actual human being in need – became a driving force behind K.C.’s work as a lawyer.

From that moment on, K.C. vowed to work for individual people in their quests to be heard by those that have wronged them. That decision led him to the field of plaintiffs’ personal injury law. In personal injury work, K.C. gets to continue fighting for real human beings against emotionless insurance companies, corporations, and governments. He hasn’t looked back since.

Long before becoming a Thornton personal injury attorney, K.C. grew up in Southern Indiana, near Louisville, Kentucky. He attended Purdue University, where he studied History, with minors in Political Science, Peace Studies, and Global Studies of the Middle East. He played club soccer at Purdue as a goalkeeper. He hasn’t lost any of the creativity or tenacity with which he learned to play the game without being able to rely on the typical goalie’s towering height. He also joined the Purdue Organization for Labor Equality, where he worked in a campaign with students across the nation to better the working conditions of the people creating the college apparel that Purdue and other schools profited from. K.C. participated in direct actions and civil disobedience and got a taste for how hard it can be to fight the powerful.

After college, K.C. moved to Denver because of his love for the outdoors and memories of great family vacations in Colorado as a kid. He spent that year working various blue-collar jobs and eventually decided that law school was a better choice than trying to start a career on the tails of the 2008 financial crisis.

After passing the Colorado Bar Exam in 2014, K.C. worked for a high-volume plaintiff’s personal injury firm. While there, he further developed his passion for his clients and their stories. However, K.C. never felt like the high-volume firm model was capable of giving clients the level of service they deserved. After leaving, he partnered up with Sean because they both shared a different vision for how to achieve the best results for each client individually. Instead of trying to fit every client into one method of practice, K.C. and Sean work hard to tailor their work to each client’s specific needs.

At Dormer Harpring, K.C. and Sean strive to maintain a healthy environment both physically and mentally for their team, encouraging everyone to take personal days and vacations frequently to maintain their fire to fight for our clients.

Outside of personal injury, K.C. loves to get outside with his partner and their two dogs. They spend most waking hours of their weekends hiking, camping, or skiing in the mountains, and K.C. spends the early morning – and sometimes late evening – hours trail running or hiking in the foothills west of Denver with his dogs. K.C. is a member of the Colorado Mountain Club and is slowly working his way through the mountaineering skills courses offered by the club. In 2021, K.C. hopes to complete a ski descent of a 14,000-foot peak in Colorado. K.C. is also an avid reader, amateur home-gardener, drummer, LP-collector, and home-brewer.